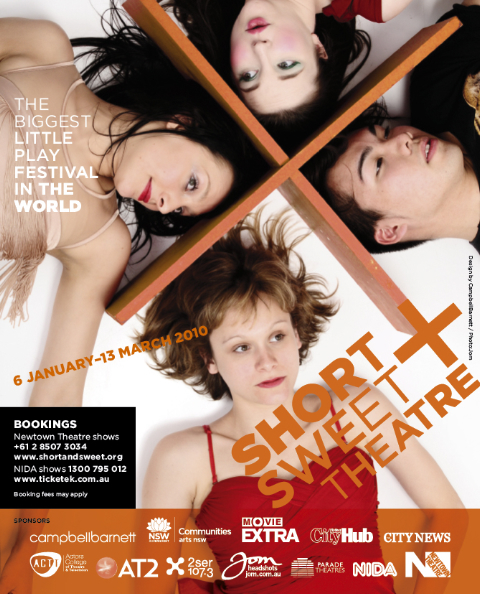 Short and Sweet Sydney Theatre opened this week, and what an audience! A terrific line up of plays are being presented for your enjoyment, so book a ticket and join the fun!

Remember, Bryan’s S&S directorial debut is Anika Herbert’s play, ‘A Toothbrush Tale – We’ll Always Have Peach Tiles’ will be performed through week 4 of the season, from Wednesday 27th January to Sunday 31st.

This delightful comedy features the talents of Claire Fearon as the love-struck Pink toothbrush, and Joshua Crouthamel as her Blue toothbrush.

Rehearsals are well under-way… the actors are working hard. Bryan is impressed, saying, “To have discovered so much within Anika’s script already is extremely impressive. Those two (Fearon and Crouthamel) are simply perfect; I think the audience will kill themselves laughing.”