Go on, book a ticket…

He resides in the stunning Blue Mountains, Australia’s inaugural ‘City of the Arts’, where most of his shows are produced.

Bryan’s main focus is running Entertaining Australia / Entertainment Blue Mountains, which he established in June 2010, along with providing printing services to the Australian performing arts sector via Fired Up of which he is a director.

As a director and producer he has worked on the Australian premiere of ‘Beginner at Life‘ by Alana Ruben Free, Alan Mackay’s ‘The Boy on the Roof’ (another production of which he acted in early in his career), ‘Just Once‘ by Alex Broun, as well as Andrew Bergman’s comedy ‘Social Security‘. His first Yulefest Blue Mountains production ‘The 8: Reindeer Monologues’, written by Jeff Goode, was staged in July 21012. This was followed in 2013 by his first The Goon Show LIVE! which has since become his major project, returning each Yuelfest to the Blue Mountains as well as touring.

Because he has absolutely nothing at all to do with his time, he also established and manages le Salon Grand, the most beautiful live entertainment venue in the Blue Mountains.

Get news on my news… fairly irregular but fun. 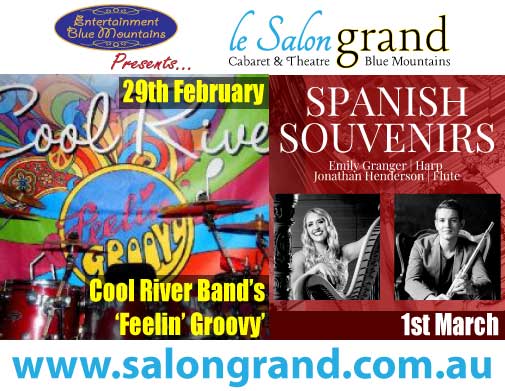